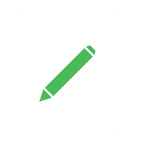 Techinical question will not be included in FAQ.

Dragonfly is an intelligent P2P based image and file distribution system.

In Alibaba, Dragonfly is invoked 2 Billion times and the data distributed is 3.4PB every month. Dragonfly has become one of the most important pieces of infrastructure at Alibaba.

While container technologies makes devops life easier most of the time, it sure brings a some challenges: the efficiency of image distribution, especially when you have to replicate image distribution on several hosts. Dragonfly works extremely well with both Docker and PouchContainer for this scenario. It also is compatible with any other container formats.

It delivers up to 57 times the throughput of native docker and saves up to 99.5% the out bandwidth of registry(*2).

Dragonfly makes it simple and cost-effective to set up, operate, and scale any kind of files/images/data distribution.

Is Dragonfly only designed for distribute container images

What is the sequence of P2P distribution

Supernode will maintain a bitmap which records the correspondence between peers and pieces. When dfget starts to download, supernode will return several pieces info (4 by default）according to the scheduler.

NOTE: The scheduler will decide whether to download from the supernode or other peers. As for the details of the scheduler, please refer to scheduler algorithm

Supernode will download files and cache them via CDN. For more information, please refer to The sequence of supernode's CDN functionality.

After finishing distributing file from other peers, dfget should do two kinds of thing:

NOTE: The supernode cannot manage the cached file which is already distributed to peer node at all. For that what will happen if the cached file on a peer is deleted, please refer to What if you kill the dfget server process or delete the source files

What is the sequence of supernode's CDN functionality

When dfget register a task to supernode, supernode will check whether the file to be downloaded has a cache locally.

If the file to be downloaded which has not been cached in supernode yet, supernode will do as the following sequence:

If the requested file which has already been cached in supernode, supernode will send an HTTP GET request, which contains both HTTP headers If-None-Match:<eTag> and If-Modified-Since:<lastModified>, to source file network address to determine whether the remote file has been updated.

If a file on the peer is deleted manually or by GC, the supernode won't know that. And in the subsequent scheduling, if multiple download tasks fail from this peer, the scheduler will add it to blacklist. So do with that if the server process be killed or other abnormal conditions.

What is the peer scheduling algorithm by default

What is the size of block(piece) when distribution

The size of pieces which is calculated as per the following strategy:

Dragonfly's P2P algorithm and bit-torrent(BT) are both the implementation of peer-to-peer protocol. For the difference between them, we describe them in the following table:

What is the policy of bandwidth limit in peer network

We can enforce network bandwidth limit on both peer nodes and supernode of Dragonfly cluster.

For peer node itself, Dragonfly can set network bandwidth limit for two parts:

For supernode, Dragonfly allows user to limit both the input and output network bandwidth.

You can also config it with config files, refer to link.

Why does dfget still keep running after file/image distribution finished

Back to question, when a peer finishes to download file/image, while there may be other peers which is still downloading block/piece from this peer. Then this dfget process still exist for the potential uploading service.

Only when there is no new task to download file/images or no other peers coming to download block/piece from this peer, the dfget process will terminate.

Configure container engine's registry-mirrors is quite easy. We take docker as an example. Administrator should modify configuration file of docker /etc/docker/daemon.json to add the following item:

Can I set dfdaemon as HTTP_PROXY?

Do we support HA of supernode in Dragonfly

Currently no. In the later release, we will try to realise the HA of Dragonfly.

In fact, you can provide multiple supernodes for dfget as an alternative. When a peer started to download a task, it will register to one of the supernode list randomly. And when the supernode suffers failure, the task being downloaded on it will automatically migrate to the other supdernodes in the supernode list.

How to config supernodes for dfget

How to use Dragonfly in Kubernetes

It is very easy to deloy Dragonfly in Kubernetes with Helm. For more information of Dragonfly's Helm Chart, please refer to project dragonflyoss/helm-chart.

Because administrator needs to configure --registry-mirrors=["http://127.0.0.1:65001"] for container engine to proxy part of image pulling requests to dfdaemon which listens on 65001 locally, images not from a third-part registry will use this registry mirror. However, when user pulls image a.b.com/admin/mysql:5.6 which contains a third-party registry address, the container engine will directly access the third-party registry to pull the image, ignoring the configured registry mirror. Then It has nothing to do with the dfdaemon within Dragonfly.

Where is the log directory of Dragonfly client dfget

Where is the data directory of Dragonfly client dfget

This directory caches the address list of the local node (IP, hostname, IDC, security domain, and so on), managing nodes, and supernodes.

dfget always finds the most suitable assigned node to register. If fails, it requests other supernodes in order. If all fail, then it requests the managing node once again, updates the meta information, and repeats the above steps. If still fails, then the job fails.

Note: If the dfclient.log suggests that the supernode registration fails all the time, try delete all files from the meta directory and try again.

The default temp data directory of dfget is $HOME/.small-dragonfly/data which cannot be configured at present.

The default temp data directory of dfdaemon is $HOME/.small-dragonfly/dfdaemon/data which can be configured by flag --localrepo.

How to clean up the data directory of Dragonfly

Normally, Dragonfly automatically cleans up files which are not accessed in three minutes from the uploading file list, and the residual files that live longer than one hour from the data directory.

Follow these steps to clean up the data directory manually:

Does Dragonfly support pulling images from an HTTPS enabled registry

Currently, Dragonfly DOES NOT support pulling images from an HTTPS enabled registry.

dfdaemon is a proxy between container engine and registry. It captures every request sent from container engine to registry, filters out all the image layer downloading requests and uses dfget to download them.

We should investigate HTTPS proxy implementation and make it possible for dfdaemon to get HTTP data from tcp data, analysis them and download image layers correctly.

We are planning to support this feature in Dragonfly 0.5.0.

In the above content the auth_value base64("usename:{password}"). Since users definitely have their own username/password for private images, then use the following command to generate $auth_value and fill the generated result in config.json:

How to check if block piece is distributed among dfgets nodes

Supernode and dfget nodes together build a peer-to-peer network. The running log of dfget will explicitly show where the received block piece is from, supernode or other dfget node.

User can get dfget's log from file $HOME/.small-dragonfly/logs/dfclient.log, and search the keyword downloading piece. If the prefix of field dstCid is cdnnode, then this piece block is from supernode, otherwise it is from dfget node.

How to view all the dfget logs of a task

Can I use self-specified ports for dragonfly

Announce the results firstly, and it is yes.

Here are the port list that dragonfly will use:

And each item in the above table can be self-defined.

NOTE: The supernode maintains both Java and Golang versions currently. And the above table is for the Golang version. And you will get a guide here for Java version.