At this stage, Dragonfly has evolved based on Dragonfly1.x. On the basis of maintaining the original core capabilities of Dragonfly1.x, Dragonfly It has been comprehensively upgraded in major features such as system architecture design, product capabilities, and usage scenarios.

Dragonfly provides a one-stop solution for large-scale file distribution. The basic capabilities provided by Dragonfly include:

Dragonfly has been selected and put into production use by many Internet companies since its open source in 2017, and entered CNCF in October 2018, becoming the third project in China to enter the CNCF Sandbox. In April 2020, CNCF TOC voted to accept Dragonfly as an CNCF Incubating project. Dragonfly has developed the next version through production practice, which has absorbed the advantages of Dragonfly1.x and made a lot of optimizations for known problems.

Dragonfly is composed of four parts: Manager, Scheduler, Dfdaemon and CDN. The independence of Scheduler and The decoupling of scheduler and CDN eliminates the mutual influence between scheduling and storage IO. At the same time, it supports CDN plugin and can be deployed on demand. In addition, the whole system is based on the GRPC framework which greatly improves the distribution efficiency of P2P.

Dragonfly supports configuration management, data visualization, etc. through the management and control system, making the system easier to use. 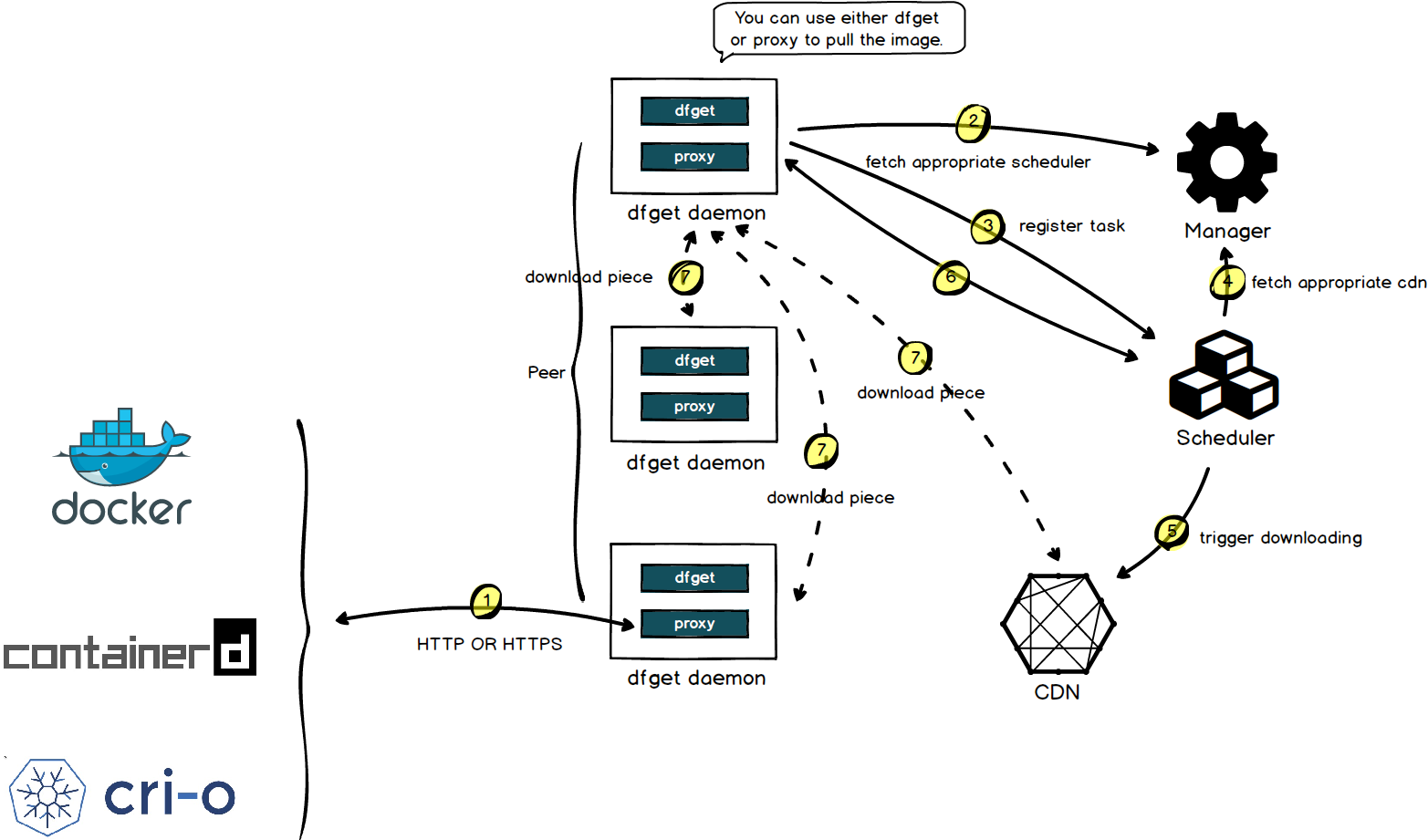